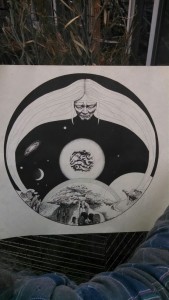 NB:Artist unknown. If you know, please communicate who did this work, which is the best representation of the CoJOINed electrical field so far. Love to see art from others who have noticed this. I’m not the only one. Co means together and JOIN means you have a choice. This field is generated by women as the electrons of GAIA the living molecule. WOMEN generate life, PEOPLE come out of them. Women know how to care for people regardless of language or location. MEN are the PROTONS, which move fast on the surface of a molecule. We all know men on wheels. MEN pollinate life with their attention by joining the life views of the women they love…mother, grandmothers, friends, girlfriends, wives and daughters… all benefit from the actions of a loving man. Perhaps the MOST IMPORTANT FUNCTION of any man is to provide a role model for survival in a good way.
EXAMPLE: %%%%%%%%%%%%%%%%%%%%%%%%%%%%%%%%
“Our work will be unfinished until not one human being is hungry or battered, Not a single person is forced to die in war,
not one innocent languishes imprisoned, and no one is persecuted for his or her beliefs.” – Leonard Peltier
%%%%%%%%%%%%%%%%%%%%%%%%%%%%%%%% 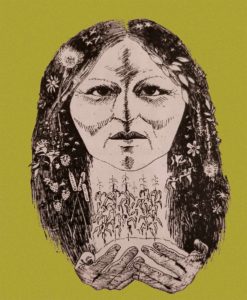 PRAYER is the intention to PAY ATTENTION to a blessing being sent. Because PRAYER is a strong way to communicate, the UNION of MOTHER WORKERS prayer network exists now.  About half the MEN relate to life from the same viewpoint. It can be sent from one mind or by any group but ALL WOMEN instinctively know/feel each other, can heal each other, hold any children safe and feed them, and comfort those in pain.  https://www.youtube.com/watch?v=H0FdvKGQXtM

Grandmother Spider Woman beadwork was given me honoring the work being done for Women on Earth Today. WOMEN generate the CoJOINED electrical field above the stratosphere and thus are in touch network worldwide. See links below this page for other research.

UNION of MOTHER WORKERS prayer network facilitates fair trade for all women worldwide to raise the seventh generation with food clothing and shelter.

Based on membership and logging the greatest hours of work time worldwide, MOTHER WORKERS are the largest of any union, and have the most work available at all times.  You can always get a job.
We all had mothers. Women generate life. UNIONS could form in agreement to transport goods for the Mothers Union.
Industries are initiated by local groups on behalf of unborn children seven generations in the future.  Work is done by volunteers, and the products are exchanged locally for life support needs, esp food and housing.  There is no actual currency used in this type of exchange. Service volunteers are protected by a worldwide standard of humanitarian hours and work hours are fair traded worldwide. JOBS include food housing and body care. See TURTLE HOMEFREE Gear = How-to do community coordination for shelter and body care. Every body who’s wished for a shower somewhere between work and going out to dinner LIKES the toilet tokens ideas.
NOTE: MothersUnion work strong> includes but are not at all limited to the following categories.
Animal Fodder, Hemp fieldside products such as Basketry, Plywood, cardboard, roll roofing, oilseed cakes for human and animal food, Willow /bentwood furniture, fabric /fiber /clothing production. GRASSWOOD Archways for HEMPCRETE windows and arches… HEMPCRETE building is easy because HEMPCRETE 7x lighter 7x stronger

HEMP /CANNABIS planting benefits other gardenings.  MALE POLLEN in FALL greatly helps BEES live through winter. Medical supplies — Many garden herbs can be packaged as natural medicines and bandages and healing poltices economically made on farms in instead of shipped to factories. Any endeavor feeding and otherwise benefitting children locally is always top priority.

Any food industry allowing portions for the Mothers could allow their inventive production of benefits.  For example, a fish packing factory donates the heads, tails and fins which the volunteers MothersUnion workers use to make dried salmon crackers packaged at the factory.  This is beloved of mothers and children, providing fish oil for the volunteer working mothers and all children in the local area!  The crackers are also SOLD at the Fish factory, which pays local business fees at lower rates.  Farmers take the waste instead of it going to landfill.  MORE ways to win-win….

When raw materials are donated by local merchants or farmers, the giver gets a discount off of the finished local goods sold in stores. So if the farmer brought kale and it was used in GREENS2Go, then his farm /family could pick up cooked Greens Beans & Carbs at the wholesale window behind the “fast food” restaurant. See more about GREENS2Go under PENNIES4Programs. It is another way to easily provide basic food with NO PUBLIC SERVICE and NO$$$ collection at the distributing center.mac

UNION of Mother Workers DO have local WORK MEETINGS!  UNIONS can have WORKLOG BOOKS to keep track of who what when etc. Members can arrange swimming lessons for groups of kids by making the swim team competition suits or any other community coordination. work hours are fair traded worldwide
LOCAL businesses who employ LOCAL WORKERS could get discounts on their LOCAL TAXES.

Only the people working in the agreement hold money….THEIR OWN $$$.  They decide as a group what projects they want to do, and each individual decides how their own participation will fit in.  Entry polls work well for determining what the local interests are, rather than speakers /sponsors who may dominate but not actually express the interests of all the volunteers.

God is RED by Vine Deloria Jr. http://www.bookrags.com/studyguide-god-is-red/#gsc.tab=0
The main research of interest is not what “Indians” aka Native Americans believe, but the survey of tribes who had ORAL TRADITIONS of their own emergence, aka how did we get here? 60% recorded VERY SIMILAR reports: WOMEN fell from the sky, and later they had children. These were our ancestors. Some African tribes have these stories in their oral histories, and also a few in northern European locations. The most well-known of these stories relate to the name of North America:

TURTLE ISLAND. Many people have heard of the woman who fell to earth and was carried by a turtle who brought up earth for her to live. My thoughts are: GREAT ORAL History… we can still “read the newspaper” centuries later!
—-
ENTANGLED MINDS by Dean Radin In this book, Dean Radin “crunches the numbers” of one of the first double-blind studies, and effectively proves humans are telepathic! http://www.goodreads.com/book/show/216543.Entangled_Minds Once I met him at an IONS Conference book signing, and asked him about the teleportation of women pregnant with males (genome for human life) through the universe, INSTANTLY. Did this fit in with quantum physics??? He hoped many would be scientific and explore the possibilities! Rather than what happened to the TOPIC of the study in his book!
—-